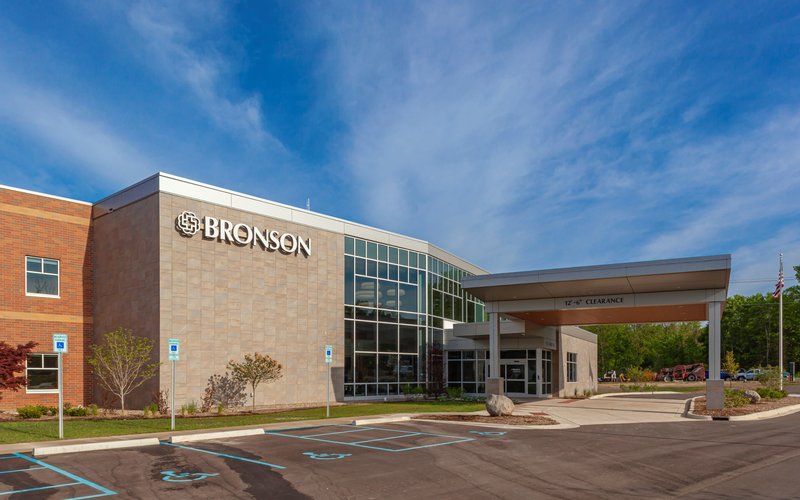 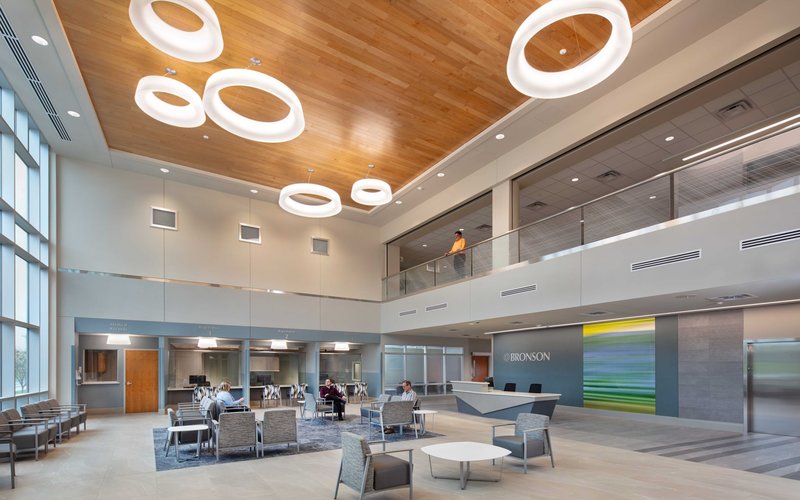 The goal is to impact the patients, families, staff and communities served in a positive and proficient environment while maintaining a high standard of quality care and a well-organized use of space.

The concept of a much more efficient and smaller “Neighborhood Hospital” was a direct result of the challenges facing the hospital system and how best to further a new healthcare model moving toward primary care practices and population health services. The on-going expense of the original 49 bed hospital constructed in the 1940’s to mid-1960’s, rising maintenance costs, changing technologies and the demands of the changing healthcare marketplace forced a re-think in the delivery care model and future investments. A major challenge was to design a hospital of support a local population of about 4,400 people, yet be flexible enough to accommodate an additional 30,000 vacationers during the peak summer months. The $20M construction budget was targeted early in the planning process as the maximum threshold for capital expenditure along with 16-18 months of construction. The COVID-19 Pandemic did extend the schedule by about 2 months due to supply chain disruption, but construction continued and there was no job site shut downs. Also, the majority of the fixed and moveable equipment was relocated from the existing hospital in order to contain costs and did complicate the timing of moving patients, staff, material, fixtures and furnishings.

The solution was to build a two-story, state-of-the-art 52,000 sf facility designed to meet the needs of the inpatient and outpatient services most utilized by the community and in keeping with future healthcare trends. Programming through Construction Documentation was completed in less than 11 months to meet the demands of speed to marketplace, an accelerated construction schedule and to avoid Western Michigan’s harsh winter construction constraints. Statistical data, driven largely by population health metrics and the influx of seasonal visitors helped determine the program scope and overall project size. As an example, the Emergency Department was designed to accommodate 18,000 visits per year to maximize throughput and offset demand during the peak summer months. An immediately adjacent Radiology Department was located to support the emergency patients and also function as an outpatient diagnostic center. The 8 patient beds total was driven by an average daily census of 4 patients, of which 2 beds will function as Infusion Therapy during low census.

The facility is designed to match the materiality of the Bronson Health System architecture and seamlessly reflect the overall look of their system-wide facilities. Building systems were designed to meet the high-performance demands and characteristics of a healthcare construction including exterior wall assemblies, roofing and windows.

The team believed that the process of design and construction should be driven by creative collaboration in the early stages of the project and require concurrent work efforts from a wide variety of contributors. This approach minimized waste, duplication of effort and increased the speed of execution. Most importantly, the final results exceeded Owner expectations and there was a consensus that funds expended were wisely spent for the betterment of everyone.

Key Findings: The Hospital can function in a much smaller, more efficient footprint; whereas the users had to get away from the way things were done in the past. This was presented as an opportunity to change processes, care models, staffing models, advance clinical capabilities and ensure safety for all. With all the departments becoming more proximal to each other, it will require less time and steps to perform the same functions as previously in the old hospital. As the original hospital grew organically to support change, the new hospital was designed to specifically identify the challenges and manage critical adjacencies with careful planning and well-defined architecture.

Measurable Results: Results will be measured one year from the opening of the hospital, but will be continually monitored throughout the first year of operation. First and foremost, they are able to provide improved medical care and diagnosis to the community in about a third of the square footage of the existing hospital. Since the facility is more compact and energy efficient, it initially translates to reduced FTE’s, reduced fixed costs and reduced annual operational costs. Improved patient quality of care and out-comes will be measured as a result and the ability to manage high and low census throughout the year. Staff satisfaction will also be measured against the challenges faced in the old, outdated hospital and the improvements implemented because of new care models.

Next Steps: The central design concept is centered around Bronson Health System’s intent to use this facility as a prototype and adapt the planning ideas to regional demographics, particularly in rural care areas. When facilities become cost prohibitive to modify or renovate as they age, this “Neighborhood Hospital” becomes a viable alternative to improving and advancing care in areas of need.

Links To Published Articles On The Project