Rosalyn Cama, FASID, NCIDQ, EDAC, President and Principal Interior Designer at CAMA Inc. on The Time Between - traditionally known as “waiting time” in the hospital and healthcare setting.

Rosalyn shares, “The space between care delivery can be so much longer. We decided to map these experiences and called it The Time Between. We wanted to know what people were thinking, feeling and seeking for distraction, and how the built environment could possibly improve those conditions. It is during these times of waiting that pain and confusion set in not just for patients, but for family members, as well.” Learn more about The Time Between, and how it is during this time that patient satisfaction shifts as the patient’s perception of care changes. This, and how CAMA Inc. is partnering with artisans and manufacturers to harness the healing power of touch and promote physical contact between patients, loved ones, and caregivers.

Rosalyn Cama, has been the President & Principal of CAMA Inc. for 36 years. CAMA is a health design lab, studio, and collection that has spearheaded the evidence-based design movement. You and your team use research, team leadership, consulting, prototyping, and interior design to create environments and experiences that empower wellbeing. Rosalyn, along with partner artisans and manufacturers, started The CAMA Collection in 2015. The Collection addresses the gap in the kit-of-parts needed to fully develop innovative interior environments that impact human behavior. CAMA Collection won Best of Year from Interior Design Magazine in 2015 and the Nightingale Award's Best of Competition in 2016.

Rosalyn was also a 2019 ASID Design Innovation Award Winner and named one of 2019’s Women In Design---an honor awarded by Healthcare Design Magazine for her and her teams’ creativity, thought leadership, and lasting works in the field of healthcare design. Learn more about Rosalyn Cama and CAMA Inc. by visiting https://www.camainc.com/. Learn more about The Cama Collection by visiting: http://www.camacollection.com/. 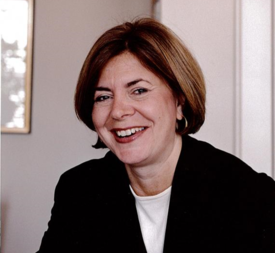 Rosalyn Cama, FASID, EDAC
President, Principal Interior Designer
CAMA , Inc.
Rosalyn Cama is President and Principal Interior Designer of CAMA, Inc. in New Haven, Connecticut, an interior planning and design firm steeped in evidence-base design, the firm's mission is to create interior environments that improve outcomes. Roz has been a practicing healthcare designer for 30 years, and has worked on projects throughout the United States, including Yale-New Haven Hospital, Baystate Health System, Dublin Methodist Hospital of OhioHealth, The American Cancer Society and Hope Lodge and the University Medical Center at Princeton.

A fellow of the American Society of Interior Designers (ASID), Roz has served as the chair of its Healthcare Specialty Network and is a past National President. She is also a recipient of many design and service awards, including an Honorary Doctorate in Fine Arts from the New York School of Interior Design in 2014 and the ASID Designer of Distinction award in 2012.