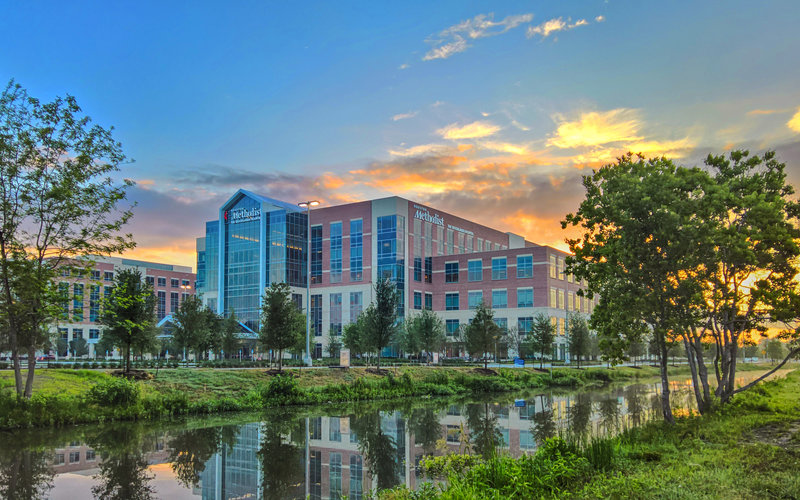 Page has a long-standing relationship with Houston Methodist and has worked on numerous projects including the master plan for their west campus, a 474,000 SF hospital and several medical office buildings. Recent renovation projects include their 12,000 SF outpatient imaging department in the Houston Methodist West Hospital that supports numerous modalities including MRI, CT, Pet/CT, Nuclear Medicine, Bone Density testing and interventional radiology.

Page and Houston Methodist partnered again to bring another community hospital, the eighth in the Houston Methodist system, to the greater Houston metropolitan area. This new campus is located in The Woodlands, a rapidly growing township just north of the Houston city limits. It provides a similar level of healthcare service to the area that can be found at its West Houston location in the Texas Medical Center West.

The Woodlands is currently experiencing significant and sustained population growth, which increases demand for full medical services in the area. Houston Methodist opened the 162,000 square-foot 6-story Medical Office Building and 13,000 square-foot Central Utility Plant in January 2016 and opened the 480,000 square-foot, six-story hospital in the summer of 2017.

The Hospital design is based on a diagrammatic template implemented in several of Houston Methodist’s suburban hospitals. The iterative use of the design allows the lessons learned from other campuses to be integrated into this new campus. The design features a six-story light-filled atrium at the center of the hospital which allows for intuitive wayfinding from the moment you enter, with constant visual connection to vertical circulation and widely used program elements.

The creation of distinct separation between front and back door activities on a departmental basis allows for an on-stage and off-stage functionality. This was reinforced with unique materiality to provide staff different environments when they engaged in off-stage functions.