Implications of a Decentralized Postpartum Unit Design and Clinical Operations

Why does this study matter?
The modern postpartum/maternity care unit is designed to support modern care practices, including decentralized nursing, and electronic medical records (EMRs). There are many published studies on the effect of the decentralized care model in acute care. While the findings are mixed, consensus generally points to increased efficiency, increased time charting at the patient bedside, improved patient satisfaction, and decreased staff satisfaction – mainly pertaining to teamwork and social support. But maternity and well-baby care is different.

So what do we learn from the study?
Not surprisingly, nurses spent the majority – nearly half of their overall shift (48.80%) – with patients in the patient rooms and nursery. A little over a third of their time (36.90%) was spent at charting stations, almost exclusively the central charting station. In fact, over the course of 25 hours of shadowing, there was only one occasion when a nurse used a decentralized charting station! Nurses walked an average of nearly one-and-a-half miles per eight-hour shift on the new unit (only about a quarter mile less than they had walked on the centralized unit).

In the staff survey, nurses reported using the centralized station more than the other available stations. Oddly though, when asked about factors that enhance their work performance, the central charting station received significantly lower scores than the patient room work zones and servers. (The article does not specify how these scores compared to scores for the five decentralized charting stations -- it is not clear if questions about these stations were included in the survey.)

Nurses sometimes faced a difficult dilemma when caring for a baby in the nursery but were called away to care for a mother. This was partially a staffing issue (there was not always a full-time nursery nurse), but the research team noted the importance of proximity and visibility for staff to assist each other and support workflow efficiency. While the authors did not evaluate (mother or baby) patient safety, it would seem to be an issue as well.

Can we say the results are definitive?
This study is a first “baby step” in decentralized postpartum design research. Researchers looked at one site with a small sample size. Staff were only shadowed during day shifts, and researchers did not gather data on staff activity inside patient rooms (to protect patient privacy). The patient HCAHPS scores do not necessarily represent the experience on the postpartum unit (the scores reflect perceptions from all areas experienced during the hospital stay, which could include triage, LDRP, or LDR + P).

The most glaring issue with this study is that the researchers were not actually able to evaluate the effect of the design concept they intended to study. The move to a decentralized design was intended to support a move to EMRs, but the EMR system was not yet fully integrated. It is impossible to understand the effect of a decentralized design if operations are not aligned with the new design. One might argue that the effect is the lack of use, but this is unlikely without a transition plan in place to at least give staff the opportunity to try the new way of working. (Note: It is not clear from the article if transition planning took place, or to what extent.)

The authors suggest this study be considered as a pilot study for other researchers to repeat, compare findings, and begin to build the knowledge base in this important area. Hopefully future researchers will have the opportunity to do so in a facility with a clear transition plan in place.

What’s the takeaway?
This study shows us the failure of a “if you build it they will come” philosophy. A new decentralized environment does not mean new decentralized behavior. As the authors emphasize, transition planning is critical to support better outcomes when moving to a new design and a new model of care. 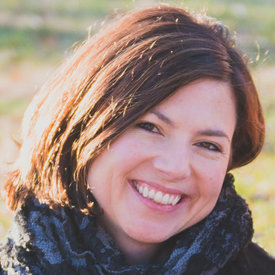 Melissa Piatkowski, M.S., EDAC
Research Associate
The Center for Health Design
As a part of The Center's research team, Melissa focuses her efforts on grant-funded research initiatives, as well as supporting ongoing work of The Center, such as the Affiliate+ program, the Knowledge Repository, and the Evidence Based Design Accreditation and Certification (EDAC) program.  She examines the impact of the built environment on health through the development of conceptual models that link design and outcomes and by evaluating the effects of evidence-based design innovations and by disseminating research findings through tools, presentations, and publications.

Melissa was previously a senior design researcher for Davis Partnership Architects and prior to that she served as a researcher with the OMNI Institute and the Center for Children, Youth & Environments at the University of Colorado. With a background in both architecture and social science, Melissa describes her research style as “boots on the ground with a knack for rigor.”

Melissa graduated from Cornell University with a Masters of Science, Applied Research in Environmental Psychology and received her Bachelors of Environmental Design, Emphasis in Architecture from University of Colorado, Boulder.