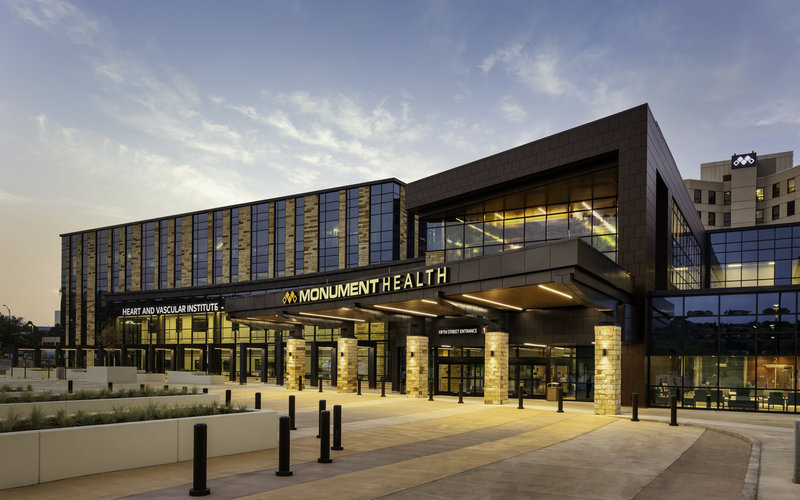 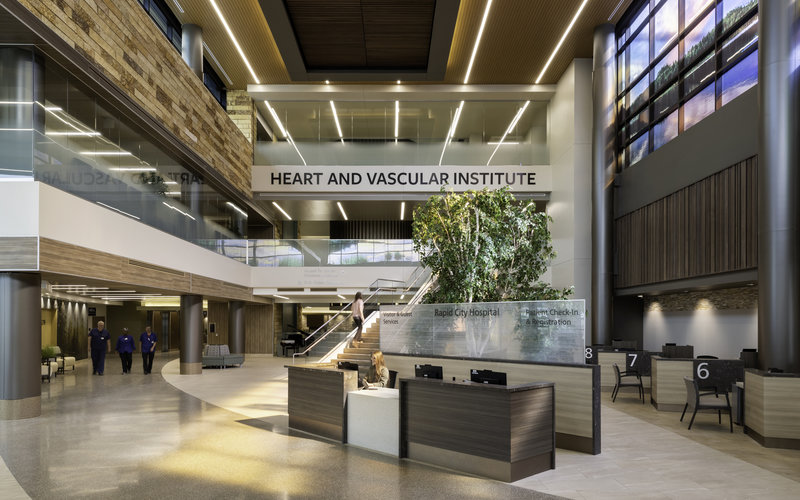 The project’s main goals were to be more patient centric by creating a new inpatient unit with private beds and removing all semi-private beds in the existing hospital; expanding the emergency department; creating an adjacent, integrated ambulatory clinic; and increasing parking capacity. As part of the largest construction project in the healthcare system’s history, the client also wanted to rebrand while reinvesting in the local community.

Patient population and service needs had outgrown the existing hospital facility. How to rebrand to communicate community needs that were being addressed was one challenge. But how to reconfigure the hospital to better accommodate the current growth of the community as well as prepare for future growth were among the design challenges that were at the top of the list, as the facility’s existing layout limited expansion.

Processes for the emergency department expansion and creation of additional parking involved complexity and required closely monitored phasing so as not to disrupt existing operations. Minimization of the impact of construction to the existing operations and maintaining patient access throughout the expansion and renovation processes were critical.

Another challenge was determining the approach to incorporating a culture-based aesthetic into the design to acknowledge the 30 percent of the patient population that is Native American.

Due to the inclement weather that is typical in South Dakota’s fall and winter months, keeping the construction process on schedule was an obvious challenge throughout the project.

In flipping the hospital’s main entrance from the north to the south, the campus is now better configured to accommodate future growth. Providing registration and waiting areas at the main entrance, the atrium lobby offers improved wayfinding and connectivity to the new bed tower and the hospital office building. Registration pre-appointment management processes (PAM) were integrated. With a portion of the Lean-led design process focused on PAM, the design was able to reduce the number of physical locations and mitigate the need for private office registrations. This approach promoted a more hospitality-like environment, where the caregiver comes to the patient versus the former model of patient going to the caregiver. The newer, more innovative model reduces the amount of patient wait times, providing an improved patient experience.

Through thoughtful phasing of the expansion and renovations, impact to the existing operations was minimized, and patient access was not compromised. In separating the site’s traffic patterns, both a public access zone and a service access zone were created.

The new Emergency Department is 129 percent larger than the former existing one. Rather than undergoing an exhaustive and expensive expansion of the existing ED, which would have created serious challenges for maintaining operations during construction, an entirely new ED was designed.

One example of the incorporated culture-based design for the Native American population is the cylindrical Spiritual Room accessed off the main lobby.

A Phase I parking garage was built in a location that minimally impacted the existing parking, but still provided ample parking during the second phase of construction. The final design incorporates parking garage solutions that introduced covered parking to the campus for inclement weather conditions.

As Monument Health Rapid City Hospital has been completed and operational for only around six months, there are no measurable results yet to report regarding comparisons of the former existing facility versus the new expansions and renovations. A post-occupancy evaluation will not be conducted until later this year.