Older adults experiences with ambulation during a hospital stay: A qualitative study

Why does this study matter?
The harmful side effects of hospitalization come as a surprise to many older adults who are expecting to be discharged in better, not worse, condition. In fact, older adults’ loss of functional ability during an admission has been described in the literature for more than three decades. This global phenomenon is so common it has come to be known as “hospital associated disability.” The inability to independently ambulate during a hospital stay frequently results in the loss of functional independence, delirium, malnutrition, and nursing home placement. With the continual increase in older and more vulnerable healthcare consumers over the next several decades, understanding ambulatory barriers from their point of view is one way that care providers and designers may design to facilitate better outcomes.

How was the study done?
The researcher team engaged 11 individuals between the ages of 68 to 85 who were living independently in a total of five 90-minute focus groups. Initially, respondents were asked to openly reflect on their recent admission to an urban hospital in Wisconsin. Subsequent questions became more focused to fill in the gaps. Research team members with qualitative methodological expertise individually and then collectively conducted analysis. This included a review of transcripts, observations, and included their own experiential knowledge. Topics were coded into categories and subcategories resulting in 6 abstract categories: 1) Uncertainty, 2) Restriction Messaging, 3) Non-Welcoming Space, 4) Caring for Nurse and Self, 5) Feeling Isolated, and 6) Presenting Self.

What do we learn from this study?
My take is that these 6 categories come together to form a thematic Bermuda Triangle consisting of “Place, Plan and Person” where older adult ambulation goes missing in healthcare settings.

PLACE: All participants described hospitals as non-welcoming environments for walking, due to physical layout, problems with wayfinding, confusing color-coding systems, limited or inadequate seating, and clutter in patient rooms or hallways. The research team also uncovered a new place-based concept that they called “danger zones.” Danger zones could be areas either inside or outside the patient room where patients feared becoming too fatigued to make it to safety and lacked access to a call light to alert staff if they needed help.

PLAN: Patents felt excluded from decision-making and said walking wasn’t discussed as a part of their medical care. They didn’t know if, when, or where they could walk; if walking would impair healing, increase pain, or reduce strength; or how to properly contend with equipment, machines or tubes. When walking was discussed, clinical staff either cautioned against it, said that they would need to get permission, or suggested that they should only walk with a staff member in order to prevent falls.

PERSON: Patients described caring for themselves by caring for nurses. They cared for nurses who they perceived to be stretched too thin by not asking to walk. In this way, they also perceived that they would receive better care by not irritating the nurses by being too demanding. Instead, patients frequently ignored orders to call for assistance. Personal modesty also acted as a barrier to ambulation because patients were afraid of being inappropriately exposed while walking in hospital gowns. Not having the freedom, confidence, or support to walk also increased their sense of isolation.

Can we say the results definitive?
The research team used multiple strategies to try to ensure rigor and validity of the findings and the outcomes of this study generally support other studies that have evaluated in-patient barriers to ambulation. Despite the geographic isolation and small sample size, this study provides a model for future research to explore the experience of ambulation in other settings from the perspective of a broader range of participants. While the respondents in this study were relatively evenly divided along the lines of gender (6 men and 5 women) and may have been representative of the location where the study was conducted, it is worth noting that 10 of the 11 respondents were Caucasian, all of the respondents were English speaking, and no one had any form of dementia. Finally, this study was conducted pre-COVID. Accordingly, older adult patients may experience additional challenges to ambulation during the pandemic.

What is the takeaway?
While patients of all ages have the potential to experience adverse outcomes, older adults are disproportionally negatively affected. Despite hiding in plain sight, the patient perspective is alarmingly absent from many studies aimed at understanding the inadequacy of hospital environments to support ambulation for older adults. Without engaging older patients as partners, it will be difficult to build patient-centered interventions that improve their ambulation during hospitalization. Furthermore, the design of the environment is a modifiable risk factor for hospital associated disability. Understanding the conflicting feelings about the ability to and appropriateness of ambulating as well as the impact of the hospital environment should be incorporated into the decision-making process when constructing, renovating, or furnishing all patient care areas.

Interested in the topic? Visit The Center for Health Design Knowledge Repository for more. 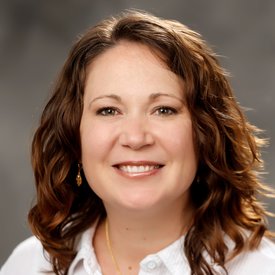