Based on the Residential Healthcare Facilities Issue Briefs, funded by the Rothschild Foundation and published in 2012.

This Impact of Aging toolbox is made available through a partnership with:

According to the Emory University Dementia Research Center, some cognitive (thinking) skills decline with normal aging, while others remain stable: 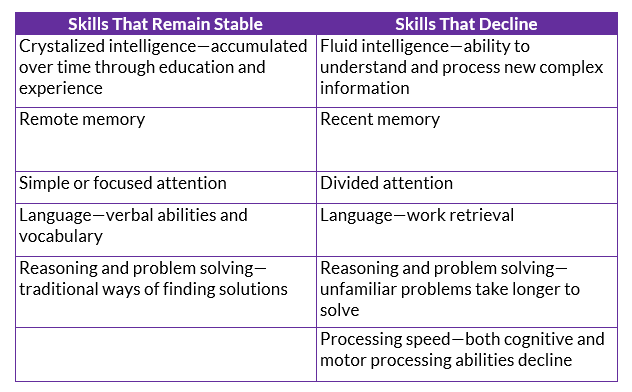 While some cognitive skills generally remain stable throughout the aging process, others decline, including recent memory and processing speed.

Other factors can contribute to cognitive changes:

Alzheimer’s disease is the most common form of dementia and is not part of normal aging. Symptoms worsen over time due to irreversible damage to nerve cells in the brain.

There  are seven stages associated with Alzheimer’s disease (Alzheimer’s Association, 2015):

The Environment and Alzheimer’s Behaviors

A number of behaviors are characteristic of Alzheimer’s disease, including aggression, agitation, disturbed sleep, confusion, sundowning, and wandering. Growing research evidence suggests interventions in the built environment can reduce these behaviors for many people (Calkins, 2001; Joseph, 2006; Ulrich Et Al., 2008). 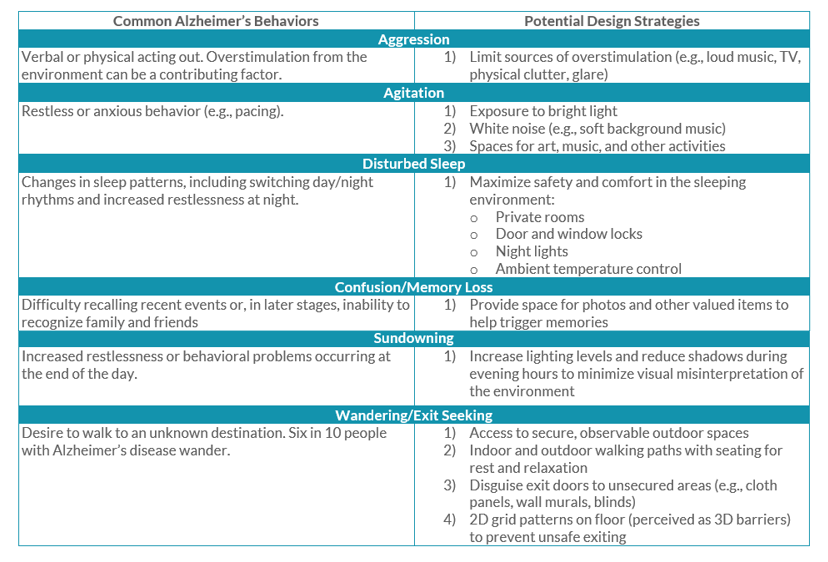