Emergency Physicians’ Workstation Design: An Observational Study of Interruptions and Perception of Collaboration During Shift-End Handoffs

Abstract
Background: Frequent external interruptions and lack of collaboration among team members are known to be common barriers in end-of-shift handoffs between physicians in the emergency department. In spite of being the primary location for this crucial and cognitively demanding task, workstations are not designed to limit barriers and support handoffs.
Objective: The purpose of this study is to examine handoff characteristics, actual and perceived interruptions, and perceived collaboration among emergency physicians performing end-of-shift handoffs in physician workstations with varying levels of enclosures—(a) open-plan workstation, (b) enclosed workstation, and (c) semi-open workstation.

Method: Handoff and interruption characteristics were captured through in-person observations of 60 handoffs using an iPad-based tool. Additionally, physicians participating in the handoffs responded to a survey pertaining to their perception of interruptions and collaboration with clinicians during each phase. Other organizational and demographic data were obtained from the hospital database, surveys, and observations.
Results: Physicians working in the open workstation experienced a significantly higher number of interruptions/hour (18.08 int/hr) as compared to the semi-open (13.62 int/hr) and enclosed workstations (11.41 int/hr). Most physicians perceived that they were interrupted in the semi-open and open workstations. In addition, majority of physicians in the enclosed pod perceived high collaboration with clinicians involved in and present in the workstation during handoff.

Conclusion: This correlational study showed positive outcomes experienced by physician working in the enclosed workstation as compared to the open and semi-open workstations.

Rutali Joshi, PhD, EDAC, is a Post-doctoral Health Research Fellow at HKS Architects. She holds a PhD as well as a MS degree in Architecture and Health from Clemson University. With a bachelor’s degree in Architecture from Mumbai University, she is also a licensed architect in India with two years of professional experience as a designer. Prior to joining HKS, Rutali had the opportunity to work as a research assistant at the Center for Health Facilities Design and Testing at Clemson University. She has been actively involved in research conducted in a variety of settings ranging from domestic violence shelter homes and homes for the aging population to emergency departments and ambulatory surgery centers. Her intent is to understand how the physical environment impacts human experience, behavior, and safety. She is extremely passionate about developing visual means to translate complex research concepts and findings to recommendations that can be implemented by designers easily. 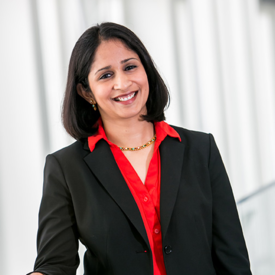 Dr. Joseph is Professor of Architecture and Industrial Engineering, Spartanburg Regional Health System Endowed Chair in Architecture + Health Design and Director of the Center for Health Facilities Design and Testing at Clemson University. Dr. Joseph teaches in the graduate program in Architecture + Health at Clemson University where she trains Architecture students in designing healthcare environments to support patient, staff and organizational outcomes.  Joseph’s research focuses on multi-disciplinary systems approaches to improving patient safety and quality in high stress healthcare settings through the development of tools and built environment solutions. She has served as principal investigator on multiple grant funded projects from the Agency for Healthcare Research and Quality, the Kresge Foundation, the California HealthCare Foundation and the US Green Building Council. She currently serves as PI on a multi-year patient safety learning lab funded by AHRQ focused on designing safer and more ergonomic operating rooms. Anjali’s work has been published in many peer-reviewed journals and she has spoken widely to national and international audiences. She was recognized as Researcher of the Year in 2018 by the Healthcare Design Magazine.

Keywords
Staff Efficiency
While The Center believes that the information in this resource is valid, it has not fact-checked the information or tested any findings. The Center disclaims any warranties, expressed or implied, regarding this content.