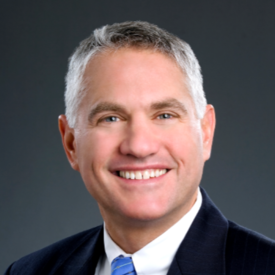 Barry S. Rabner recently retired as President and CEO of Penn Medicine Princeton Health, a not-for-profit member of the University of Pennsylvania Health System and includes Princeton Medical Center and entities which provide behavioral health, rehabilitation and home care services.  Penn Medicine Princeton Health also operates fitness and wellness, surgical, endoscopy, imaging, clinical lab and behavioral health outpatient centers.    PMPH has 401 beds, 3,500 employees, has a medical staff of 1300 physicians and 45 residents through an academic affiliation with Rutgers Medical School.  The annual operating budget is approximately $600 million and the organization ranks among the top five percent in New Jersey in earnings. The acute care hospital has Magnet designation and is ranked first in New Jersey by the Leapfrog Group for cost effectiveness, quality and safety and a top performer by the Joint Commission. The hospital also ranks in the top 1% of hospitals across the country in patient satisfaction.  Becker’s Hospital Review named PMPH one of the 100 Great Hospitals in America.

PMPH is developing a $1.2 billion, 171-acre health care campus in Plainsboro, New Jersey.  The campus opened in May 2012 and includes a replacement acute care hospital, a pediatric outpatient pavilion, a co-generation plant, an education center, a fitness and wellness center, a medical office building, a skilled nursing and sub-acute facility, an adult day care center, a child day care center, an assisted living facility, and an independent living community. A comprehensive ambulatory cancer center is under development.  The organization received $172 million in philanthropic support for the new hospital, the most ever raised by a hospital in New Jersey and the most for a hospital its size in the United States.

The son of Holocaust survivors – his mother was a nurse in the Russian Army during World War II – Rabner grew up in Passaic, New Jersey and began his career in healthcare during high school, when he was an orderly in a nursing home.

Mr. Rabner holds a Master’s degree in Public Administration from Rutgers University.  He completed a graduate degree in French language and civilization at L ’University de Paris du Sorbonne and earned a Bachelor’s degree in Zoology and Chemistry from the University of Maryland.

Mr. Rabner serves on the Board of Directors of Rider University, Rice 360° Institute for Global Health, Rice University, and The Center for Health Design.  He is recognized as one of the most influential executives in healthcare and business in New Jersey, and speaks on health care related topics throughout the U.S. and internationally.  Mr. Rabner is Adjunct Faculty and Executive in Residence at Rider University.