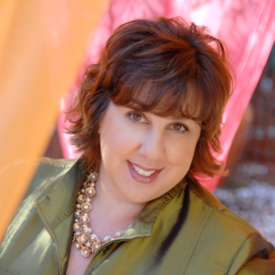 Debra’s trailblazing efforts in the field of healthcare facility design research, education and advocacy have propelled The Center for Health Design (CHD) into industry consciousness and the forefront of healthcare design.

Under Debra’s leadership, our flagship research initiative, the Pebble Project, has gained international recognition and grown from four participants to more than 80. Debra led the creation of the annual Healthcare Design Expo & Conference and the Environments for Aging Expo & Conference, which are produced by Emerald Expositions, in association with CHD. She has forged successful partnerships with the Robert Wood Johnson Foundation, Institute for Healthcare Improvement, California Health Care Foundation, Agency for Healthcare Research and Quality, and other prestigious healthcare organizations.

Debra’s commitment to CHD dates back to 1989 when she was hired to produce the Symposium on Health Care Interior Design. The Symposium quickly developed a reputation as a forward-thinking, people-focused, idea-generating conference. When CHD was founded in 1993, we continued to produce the Symposium and Debra’s role expanded to include managing CHD’s growing research and advocacy efforts. Debra was promoted to President and CEO in 2001.

Debra has a master's degree in management and organizational leadership from the John F. Kennedy School of Management and a bachelor's degree from Arizona State University's College of Architecture. She serves on advisory boards for the Healthier Hospitals Initiative, American Academy of Healthcare Interior Designers, and Arizona State University Healthcare Design Initiative. A Fellow of the Jim Whittaker Discovery Camp for Innovation and Leadership, Debra was named one of “Twenty People Making Healthcare Better” in 2007 by HealthLeaders magazine. In 2009 and 2010, she was named one of the "Twenty Most Influential People" by Healthcare Design magazine. In 2011, Debra was awarded the Presidential Citation by the American Institute of Architects/Academy of Architecture for Health. And in 2018, Debra was awarded the highest ASID distinction -  Honorary Fellow to the American Society of Interior Designers College of Fellows.