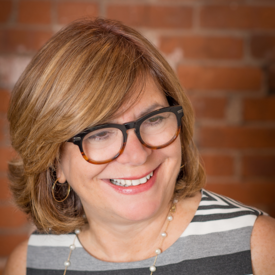 Rosalyn has been a practicing healthcare designer for over 30 years and has worked on numerous projects throughout the United States. A fellow of the American Society of Interior Designers (ASID), she served as ASID’s 24th President and as the Chair of
its Healthcare Specialty Network. She is Chair Emeritus of the board for The Center for Health Design. Rosalyn frequently writes and lectures on what she calls “Life Indoors,” which she sees as the intersection of health, the design of the built environment, and wellbeing.

She has received many design and service awards during her storied career, including an Honorary Doctorate in Fine Arts from the New York School of Interior Design in 2014, the ASID Designer of Distinction Award in 2012, and The Center for Health Design’s Russ Coile Lifetime Achievement Award in 2015.

Rosalyn authored Evidence-Based Healthcare Design, John Wiley & Sons, 2009. In 2015, the CAMA Collection premiered with the launch of the IoA CAMA Bed Chair, a new classification in hospital furniture that allows a family member to engage in eye-to-eye contact with hand holding reassurance.The chair received a Best of Year Award from Interior Design Magazine in 2015. www.camainc.com