These have certainly been unprecedented times in the healthcare industry, challenging existing healthcare best practices and the built environment that supports them. A lot has been learned in a short amount of time. Join this panel of industry leaders for a dynamic and frank discussion about what we’ve seen and where we are headed including;

Thanks to our thought leadership partner: 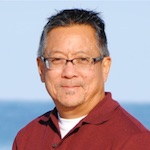 HOST: Thomas M. Jung, RA, Board of Directors, The Center for Health Design

Tom Jung has over 30 years in the healthcare design field, with a primary focus on regulatory compliance and coordination. Spending 24 years with the New York State Department of Health’s Certificate of Need Program, Tom directed the effort for 16 of those years while overseeing the review and approval of more than $2 billion dollars of new projects annually. He is a founding member of The Center for Health Design’s Environmental Standards Council, and attributes that first and ongoing experience as a major influence on the nature of his communication with the designers and providers seeking state licensure.

Tom has also been intimately involved with development of the Guidelines for Design and Construction of Health Care Facilities since 1997, including Facilities Guidelines Institute board membership between 2003 and 2014, and served as CEO of the Facility Guidelines Institute for one year, stepping down in February 2015. He presently consults with a select number of clients on a limited basis. 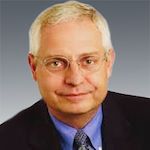 As a licensed physician and architect, George Tingwald, MD, is one of only a handful of people nationwide with the dual designations of MD and AIA (American Institute of Architects), and he has devoted his career to creating innovative health care environments. Tingwald previously was director of health and science at the leading architectural firm Skidmore, Owings and Merrill LLP and served as the director of planning for California Pacific Medical Center’s five-campus master plan in San Francisco. He has extensive speaking experience at local San Francisco and national conferences.

Jim has spent his entire 25 year career planning and designing innovative facilities for academic medical centers, research institutes and healthcare providers. His work investigates and synthesizes new technologies, human activity/behavior-based programs, and spatial models to create new architectural typologies that further his clients' missions. He is a visiting critic at The New School-Parsons Design, NJIT, Carnegie Mellon University, Drexel University and MIT DesignX. Jim has sat on the AIA Board of Directors for both Pennsylvania and New York State. He sits on the Design Advisory Board for HealthCare Design. He is a featured speaker and panelist at many national and international conferences, including; European Healthcare Design, Health Conference Latin America, Cleveland Clinic's Empathy & Innovation Conference, HealthCare Design Forum and the Health Facilities Symposium. Jim is a registered architect in 12 states and a graduate of Drexel University.

Doug has more than 44 years of industry experience, including experience as a healthcare facility manager, consultant, an authority having jurisdiction, and the principal advocate representing the American Hospital Association (AHA) on national built environment codes and standards.

Many attendees of The Center for Health Design’s webinars have inquired about IDCEC approval so they can earn ASID, IIDA, and IDS CEU’s. We have looked into this and unfortunately, the cost to upload courses to IDCEC is simply too high at this time. You can still earn credit for attending our webinars by requesting a verification certificate. Please contact Natalie Gonzalez, Project Manager, ngonzalez@healthdesign.org

For further details about how to self-report CEUs to IDCEC, please CLICK HERE.