This webinar will share the path of this remarkable project from strategic planning through occupancy, with discussion of how the building’s siting and design breaks down the stigma associated with pediatric mental illness. 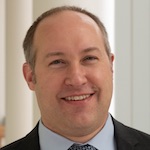 Ed Cheshire is a graduate of Ohio State University and an architect at Nationwide Children’s Hospital. Over the past 15 years, he has helped facilitate the physical growth of NCH from a regional hub to one of the largest pediatric medical campuses in the nation. Ed managed the 2012 Backfill project, which renovated more than 362,000 square feet of the hospital’s main campus. He is proud to have established a successful construction program that provides a “housing vaccine” as part of the hospital’s population health initiatives. He led the design and construction of the Big Lots Behavioral Health Pavilion and continues to advocate for children facing mental health challenges. Ed enjoys being an amateur celloist and woodworker. He also serves as chairman of his local Keep America Beautiful affiliate. 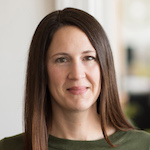 Sara Wengert has served as Principal-in-Charge and lead interior designer for numerous mental health projects throughout the United States. Her commitment to creating spaces that contribute to the healing and recovery of people living with mental illness has resulted in multiple interior design awards. She attributes her greatest successes to her ability to connect with the users of a project and truly hear and understand their needs. At architecture+, Sara manages and continuously maintains the Patient Safety Standards published by the New York State Office of Mental Health, a guideline that is widely used in planning psychiatric facilities throughout North America. 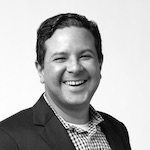 As a design leader within NBBJ’s interior architecture and design practice, Edwin Beltran has helped develop one of the nation’s most admired healthcare design practices and led some of the firm’s most notable and award-winning healthcare interiors. Influenced by his training as an architect and keen sensibilities for interior design, Edwin’s approach to design translates client goals into comprehensive, conceptual frameworks in which form, function, space, light, color, materials, fabrication techniques, and human experience are thoughtfully choreographed to embody the unique “ethos” of each institution and holistically resolved into beautiful places carefully tailored to hospitably host life.

A strong advocate for integrated design excellence, Edwin’s multidisciplinary approach consistently promotes a close and collaborative relationship between the project team, client, and consultants in order to assure a unified and cohesive design vision and overall project quality. In his more than 24 years of design experience, he has also worked nationally and internationally on large mixed-use buildings and institutional campuses, as well as commercial and hospitality interiors. His design work has been recognized with multiple AIA and IIDA Honor awards and featured in national and international publications such as Architectural Record, Interior Design, Contract, Metropolis, Healthcare Design, and Fast Company. 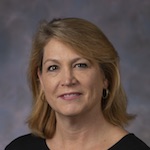 As a senior project manager for one of the nation’s largest pediatric hospitals, Alisa Pinciotti holds a multidimensional position coordinating administration, design consultants, project managers and vendors to establish and maintain the visual brand aesthetic of Nationwide Children’s Hospital in Columbus Ohio. Specializing in healthcare design for over 25 years, she is an advocate of integrated experiential design, directing the architectural finishes, furniture, wayfinding and signage, digital signage, donor recognition, artwork and experience enhancements. Family Centered Care and the art of distraction are some of the key initiatives that distinguish NCH aesthetics from other healthcare projects.

Thanks to our sponsor partners:

Many attendees of The Center for Health Design’s webinars have inquired about IDCEC approval so they can earn ASID, IIDA, and IDS CEU’s. We have looked into this and unfortunately, the cost to upload courses to IDCEC is simply too high at this time. You can still earn credit for attending our webinars by requesting a verification certificate. As of July 9, 2020, The Center for Health Design requires a CEU management fee for verification certificates for all webinars and EBD Journal Clubs. Please contact Natalie Gonzalez, Project Manager, ngonzalez@healthdesign.org.

For further details about how to self-report CEUs to IDCEC, please CLICK HERE.